In 1954 Joep Hoffmans sr. started building the foundation of what is now known as Yart Factory. Back then, the business was names “firma Joep Hoffmans” which provided shoe components to the shoe industry in Waalwijk. Techniques such as die cutting were very popular in the manufacturing process. When the 70s came along, haberdashery and leather goods were introduced to the collection of products. Knee and elbow patches were the main focus of the company. It was unique that one company produced such varied products.

In the early 80s the family business expanded their focus and changed the company name to “Pronty”  which also became the name for the new brand in the growing hobby industry. New machinery was added and thus increased the number of processing techniques and materials that were available to the production process.

A couple years ago the company changed its name from Pronty to Yart Factory.

The company carries brands as Point to Paper, Pronty haberdashery, Dutch Doobadoo, and Pronty Crafts and By Woom, however focuses on customer specific productions (bespoke), private labels and services.

A lot has changed ever since the founding of the company. Nevertheless our core remains the same: Using high-quality techniques in order to transform customers’ ideas into distinctive products.

1954  Founded by the father of the current mt team member  Joep Hoffmans jr. as Firma Joep Hoffmans, the activities were initially concentrated on the shoe- and leather industries.

1978 – More and more haberdashery activities. Introduction of a unique material for the production of knee- and elbow patches: Souplesse.

1982 – Current managing-director Engineer Joep Hoffmans j.r. enters in employment of Joep Hoffmans BV, which means the starting point of new developments in the field of haberdashery and hobby.

1984 – Mark Hoffmans enters in employment of Joep Hoffmans BV, which means the starting point of many export activities. Also, a new warehouse is built.

1989 – The sons take over the shares and become the owner of Joep Hoffmans BV.

2000 – Joep Hoffmans BV becomes Pronty BV. Through further expansion in the area of product development, marketing and information technology, Pronty has taken another major step forward. Only the company name changes. Pronty’s familiar customer-oriented approach itself does not change. In cooperation with our customers, we expand our range of services and products to mutual benefits.

2003 – A new warehouse and production space is being constructed. Further expansion of production to laser cutting and laser marking: Paintie, Paper Up, Victoria, Laser Art.

2006 – Due to our new Laser cutting and Laser marking machine we can now work with different materials like plywood, acrylic, cardboard, polyester, MDF, foam and many others.

2009 – Arrival of the world’s newest laser machine which can lasercut large sizes of paper. Start of Point to Paper. First introduction to the printing industry.

2010 – Pronty will move its offices and laser department to their new premises, industrieweg 60  , next to the existing buildings.

2016- Receipt of our largest investment in machinery in our existence, a new fully automatic laser cutting machine with an amazing capacity and quality. First steps in the US.

2021 –Management buy-out, Jaap van de Wouw , who has been employed for more than 10 years, will take over the shares from Joep Hoffmans jr., Who will remain an active part of the management team. Continuity for the future!

2023 From 4. – 7.2. 2023 we will be back at the CREATIVEWORLD fair in Frankfurt. We are very much looking forward to this after 2 years of cancellation of this fair due to corona. 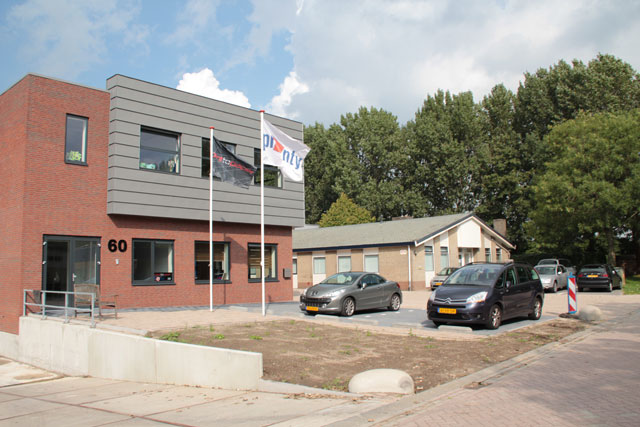 This websites use cookies. By continuing to browse the site you are agreeing to our use of cookies. More information